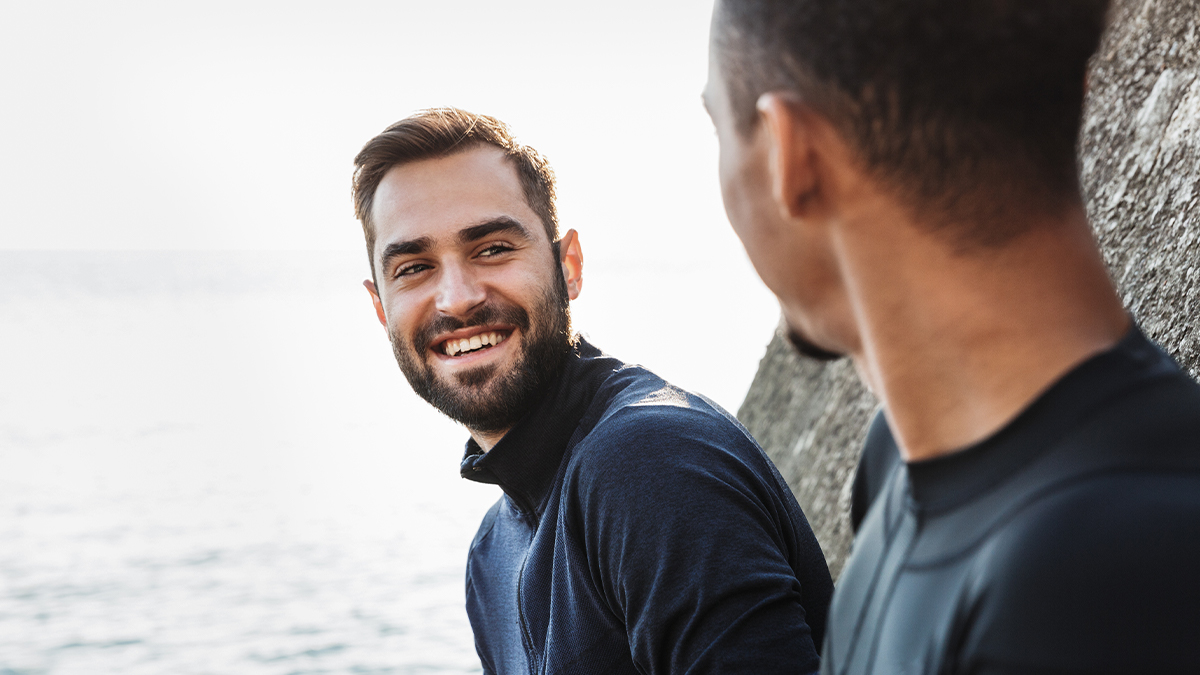 Become a Better Coach by Becoming a Better Listener

Have you ever been told you’re a good listener? If so, be grateful. Although coaches are generally thought of as people who tell others what to do, the best coaches put as much effort and care into listening to their athletes as they do into instructing them.

If you’ve never been told you’re a good listener, don’t fret. Any coach can improve this skill with the right approach. I know it because I’ve done it myself.

The thing that made me a not-so-good listener in the past was an intuitive sense that the best way to get an athlete to do something I judged necessary was to simply tell them to do it. This worked fine when the thing I told an athlete to do was something they wanted to do anyway, like the workouts they hired me to draw up for them. But in cases where I wanted an athlete to do something they were resistant to doing, like changing a habitual behavior that was holding back their progress, I found that telling them to do it only increased their resistance. The reason for this, I learned eventually, was that (as any psychologist worth his salt will tell you) people don’t like being told what to do. In these instances, listening—a certain type of listening—works much better.

The type of listening I’m referring to is known as motivational interviewing. Psychologists use this technique to bring patients around to making changes such as quitting smoking and improving their diet, but coaches can use an informal version of the same method to help athletes make changes they need to make, as I now do with most of my athletes. One example is Craig, an ambitious young trail runner with whom I used the technique to successfully work through a tendency to force workouts and start too fast in races.

In a supportive manner, a motivational interviewer encourages clients to talk about their need for change and their own reasons for wanting to change. The role of the interviewer is mainly to evoke a conversation about change and commitment. The interviewer listens and reflects back the client’s thoughts so that the client can hear their reasons and motivations expressed back to them.

Practicing motivational interviewing effectively requires that four basic rules be followed at all times. Let’s have a look at them.

When athletes resist making a needed change, they always do so for a reason. Your efforts to coax them toward change will be greatly helped if you show that you understand their resistance instead of just dismissing it. In Craig’s case, I let him know I understood that his tendency to force certain workouts and to start too fast in races came from a strong desire to improve, a desire that I respected and in no way sought to dampen. I could feel Craig’s relief as he came to recognize that we both wanted the same thing for him—the only question was how to get it.

Anytime you’re facing a difficult decision, it can be clarifying to write down the pros and cons of each option you’re considering. Motivational interviewing involves an interactive version of this exercise. The idea is to get your athlete to talk through and evaluate the various potential paths toward their goals. Your role is to reflect what you hear from the athlete back to them in more precise language that helps them see the situation differently.

Returning to the previous example, I was able to get Craig to articulate a couple of reasons for not changing his approach to workouts and races, which included the possibility that he would “lose his edge” if he backed off. But he also gained clarity on the potential downside of not changing (namely, a continuation of the trend of fading toward the end of races) and the possible benefits of backing off, not the least of which was that it would probably make both training and racing less stressful and painful.

In motivational interviewing, it’s okay to offer thoughts for the other party to consider, but you shouldn’t force ideas on them or contest their own thoughts about the challenge you’re trying to solve together. If you let yourself get drawn into a debate, you will only increase the athlete’s resistance to change.

At one point in my work with Craig, I asked him if he thought that most elite runners forced workouts the way he did and he answered that he didn’t know. I then told him about the summer I spent with the Northern Arizona Elite professional running team, whose members routinely backed off and even abandoned workouts that weren’t going well. In sharing this piece of information, I made no effort to drive home the lesson. But because Craig very much wanted to become an elite runner himself, he took it in.

One of the major goals of motivational interviewing is to support self-efficacy, or the ability to overcome challenges without outside help. This requires that the interviewer allow the client to make and learn from mistakes. Often, a person who’s wrestling with change has to fail one more time by doing it their way before they’re truly ready to initiate change after motivational interviewing.

This is exactly what happened with Craig. In his next race, he once again started too hard and faded in the late going. That same evening we linked up by phone and went through one more round of motivational interviewing, in which I had little left to do but ask, in so many words, “How’d that work out for you?”

By the time the call ended I was certain Craig was finally fully ready to give my way a try, and he did, running what he described to me later as the race of his life just two days later. Seemingly out of contention in the first third of the race, he blitzed the final third, doing to other competitors as they had done to him in past races, and moved up to 10th place overall at the finish line.

As someone who wasn’t born a good listener, I was gratified to have helped an athlete achieve such a major personal success through skillful listening. To learn more about how to use motivational interviewing in the coaching context, check out the book Motivational Interviewing in Nutrition and Fitness by Dawn Clifford and Laura Curtis.