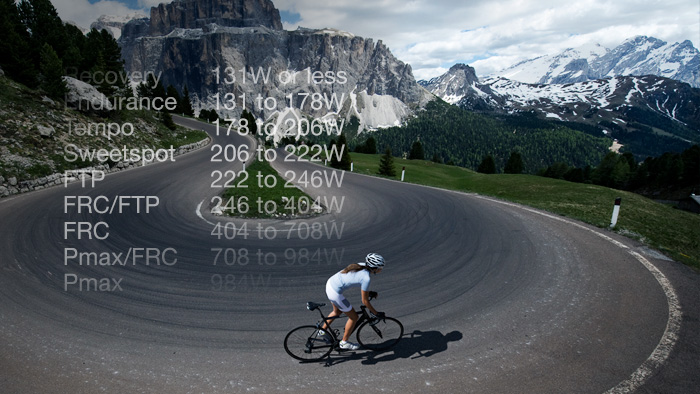 An Introduction to the New iLevels in WKO4

WKO4 has introduced many new training metrics, among them is iLevels. These power levels are individualized and give you specific wattage and time targets you can use in training. Learn more from Peaks Coaching Group President and coach Tim Cusick about what iLevels are and how to use them.

Until now, endurance athletes have generally either used training levels or zones based on an anchor point (typically some form of threshold) or utilized performance models (like the critical power model) to target specific time and power-based training targets. In WKO4, Dr. Andrew Coggan and the rest of the team introduced a new approach focused on blending the best of both of these to optimize training zones by individualizing them to each athlete’s unique physiology.

The Challenge of the Current Systems

While threshold-based zones are solid, they are a generalization developed through the review of data from thousands of endurance athletes. Statistically speaking, this bell curve process creates a solid basis for a good portion of athletes, but it does not take into account any athlete uniqueness. For example, here are the power duration curves of two different athletes, with lines added to demonstrate where the Coggan classic training levels intersect the curve. Both of these athletes have similar Functional Threshold Power (FTP) and similar fitness.

Athlete 1: From the slow progression of the curve through the training levels, we see the classic curve of a pure steady-state/TTer phenotype. This indicates this phenotype’s ability to extend “time in zone” at levels with little power degradation, without the ability to punch the high watts output per level.

Athlete 2: For the classic sprinter/pursuer phenotype, we see a much steeper progression of the curve through the Coggan classic levels and the ability to punch through high numbers. Should these two athletes be training by the same threshold-based system if the goal is to maximize their training results and performance? Are they getting the same results?

With the introduction of the new iLevels in WKO4, athletes are able to optimize their training levels to their own unique physiology and daily fitness. These new training levels work by blending modeled functional threshold power (mFTP) and modeled power duration data to track with your actual capabilities and ensure that training targets (power and time) are optimized to produce maximal results.

One of the challenges of the Coggan classic levels is that interval time frames were fixed, based on the desired physiological response. This idea is carried over into the new iLevels while recognizing and recommending a range of interval times that represents an “interval time in zone target.”

Since the new iLevels system is driven by the power duration curve and modeled FTP, the training levels will automatically update with any changes (even micro changes) in performance fitness to ensure accurate interval targets as athletes train and de-train. Let’s take a look at our two athletes again and see how their iLevels compare.

We can easily see the differences in both targeted power and duration for work above FTP. These are driven by each athlete’s power duration curve, optimizing the training levels. New Training Levels and Terms By now, you’ve likely noticed that there are some new terms in the training levels and that some of the former terms are no longer used.

Over the course of the next few months, the WKO4 team will work hard to educate everyone on these new training levels and protocols; let’s start here with some basic definitions.

The goal of these changes to the classic training levels approach is simple: we want to help you maximize your training. Stay tuned for a series of educational articles and webinars to learn more on how to use your new iLevels.

About Tim Cusick
Tim Cusick is the TrainingPeaks WKO4 Product Development Leader, specializing in data analytics and performance metrics for endurance athletes. In addition to his role with TrainingPeaks, Tim is a USAC coach with over 10 years experience working with both road and mountain bike professionals around the world. You can reach Tim for comments at tim@wko4.com. To learn more about TrainingPeaks and WKO4 visit us at TrainingPeaks.com.