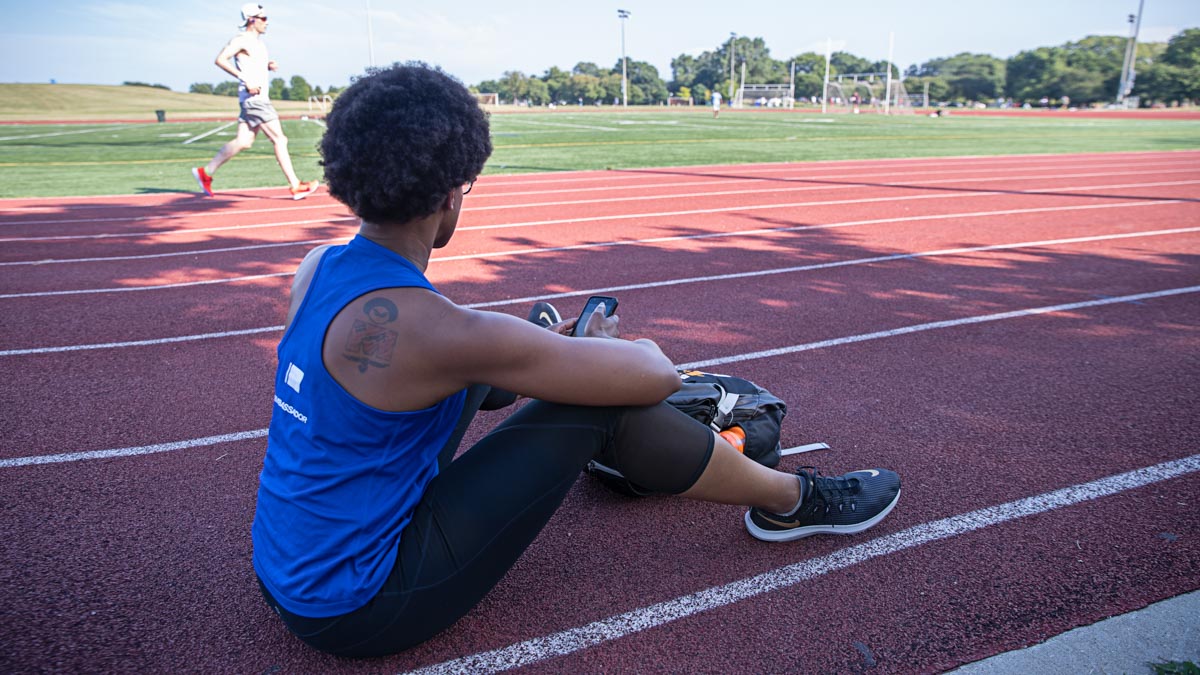 Make sure your mind is just as strong as your body leading up to race day. Try these 3 science based skills for increased calmness and focus.

As endurance athletes we spend hours upon hours developing our cardiovascular system, preparing our bodies for the demands of competition, but do we ever stop and consider the possibilities of training our minds?

One such way of doing this is through the implementation of Psychological Skills Training or PST. PST consists of the regular practice of psychological skills to enhance performance, increase enjoyment and increase self-satisfaction. Below are three methods I personally use and recommend to coaches—each of these methods is backed by a sound scientific base.

Managing Your Thoughts: Controlling with Self-Talk

Managing self-talk is one of the most important PST methods—it’s linked to skill acquisition and, ultimately, increased performance. We’ll split self-talk into three areas: Positive, Negative and Neutral. These lie on a continuum with no definitive “black or white” category.

There are many ways to do this including self-monitoring, goal-directed thinking and the use of trigger words.

Self-monitoring includes activities like journaling, so, when an athlete experiences a subconscious negative dialogue, they focus their attention on it and write down the details. Note that the first step in combating an issue is bringing your awareness to it!

Goal-directed thinking involves the establishment of processual goals rather than purely outcome-oriented goals. Using cycling as an example, we would break a race into smaller “chunks.” For example, being in the right position for a climb, or focusing on nutrition. In theory, focusing on smaller, processual goals should help lead to the desired outcome.

Trigger words can also play a part in the prevention of negative self-talk. Words such as “breath,” “relax,” & “focus” cross over into every sporting situation and help focus attention back to the task at hand.

Arousal is your state of readiness to perform. It can loosely increase and decrease but it’s important to find your “optimal zone of arousal.” Figure 1 below illustrates this idea. This figure is known as the IZOP, (Individual Zone of Optimum Performance) and provides us with a framework to model individual arousal states, i.e. low, medium and high on a continuum.

How does one find their optimal zone? It can be found through basic self-reflection on previous performances. If you need to increase arousal levels before competition then try using trigger words, music, and visualization. On the other hand, if you need to decrease arousal levels you can try progressive muscle relaxation, counting breaths or even exhaling for a set number of seconds. Once you are aware of how you perform at varying arousal states, you can start to hone in on the optimal zone, and focus on arriving at that zone during future performances.

In a study of elite modern pentathletes, it was found that all had some form of pre-performance routine which prepared them both physically and psychologically for competition. Effective pre-performance routines included listening to a specific playlist, performing a particular warm-up or eating a specific pre-competition meal. These routines should be practiced thoroughly during training so they feel comfortable when it’s time for competition. Employing a routine allows you to focus on performance by increasing your familiarity with the circumstances leading up to competition. This will increase calmness, focus, and improve anxiety levels.

About Jamie Blanchfield
Jamie Blanchfield is the founder and head coach of Premier Endurance – an endurance support provider based in Ireland. Jamie’s main role is a coach to road cyclists from beginner right up to professional while also working in a consultancy role with Cycling Ireland. Jamie possesses a BSc in Sports Coaching and Performance and is a certified Cycling Ireland coach. Premier Endurance’s philosophy of coaching revolves around the development of self-sufficient athletes by aiding and educating them in every way possible along their journey.
Visit Jamie Blanchfield's Coach Profile
#PSYCHOLOGY#SCIENCE